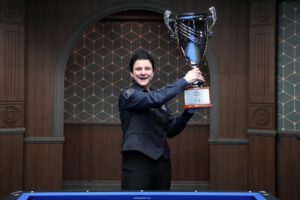 Therese won the first set 7-4, the second 7-4, lost the third 7-4 and won the fourth 7-1. It was exciting in the fifth set. Both players kept up with another right until the end: 5-5, 6-6 and finally “The Queen” made the match point in the 8th inning. Therese played an average of 1.310 over her five games.

This week Therese is playing a second tournament, which starts today (Wednesday January 20, 2021) and will be played in a single knockout system. The first match of Jieun Han against Shinyeong Lee was won by Jieun Han, who will play against Therese on Thursday. The other match is Jina Kim against Sruong Pheavy. The final will be played on Sunday. 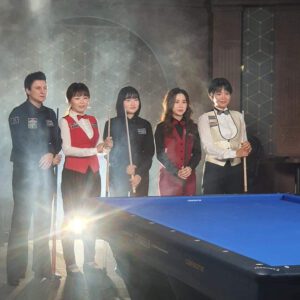