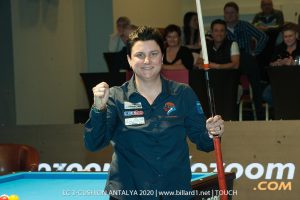 Exciting news from the transfer market and from the “Royal Residence”. Today it has been announced that next season Therese will also play in the Eredivisie three cushion (Buffalo League).  However, in a new team.

Today, after a short negotiation, it became known that Therese is making a switch and is going  to the Royal Residence. From next season she will play for the Eredivisie team of The Hague (Team Jorissen). In addition to Therese, Jeffrey Jorissen and Herman van Daalen will also be part of the team. The 4th player will be announced at a later date.