Last week Therese made history, by winning the world title for the 5th time. In Heerhugowaard she managed to become champion again (unbeaten) with a tournament average of no less than 1,393, a new record! 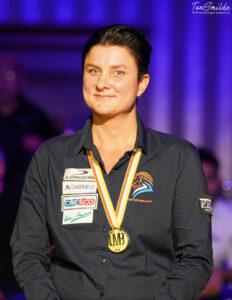 In the preliminary rounds on Tuesday, September 20, Therese defeated the Austrian Al Mamar (25-10 in 24 innings) and the Korean Lee (25-13 in 16 innings). In the match for a place within the last 8, Therese took on the Colombian Cardona (30-6 in 17 innings) and then played against the Spanish Cardoso in the quarterfinals (30-13 in 20 innings). The Japanese Fukao was beaten in the semi-finals (30-10 in 23 innings). Finally in the final, Therese had to compete against the young Korean Han. With 30-16 in 22 innings, Therese “The Queen of 3-cushion” won her 5th world title. Again Therese is World Champion! 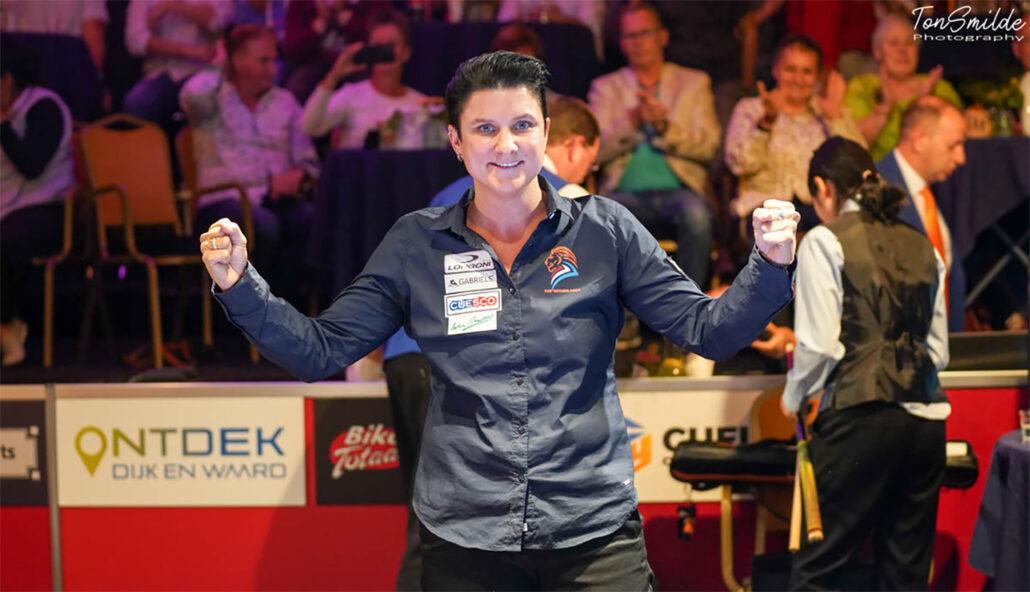 Therese at World Cup in Veghel

Also this year there is a World Cup in the Netherlands […]

Last week Therese made history, by winning the world title for […]

Finaly the time has come!. Next week,  the women’s three cushion […]