Therese will play for DBC de Leug next season 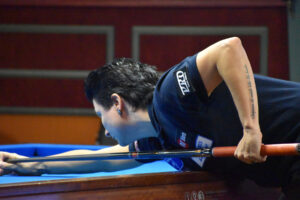 Yesterday it was announced that Therese will play for DBC de Leug in the Belgian league next season. Together with Mik Durwael, Michael Henderix, Rudi Hendrickx and Bart Tuerlinckx, Therese (as #nr1) will form the team DBC De Leug-Vinatera 2.

DBC De Leug-Vinatera 2 will play in the second highest class in the Belgian league. The team will play its home games in:

Further information about DBC de Leug can be found on it’s website.