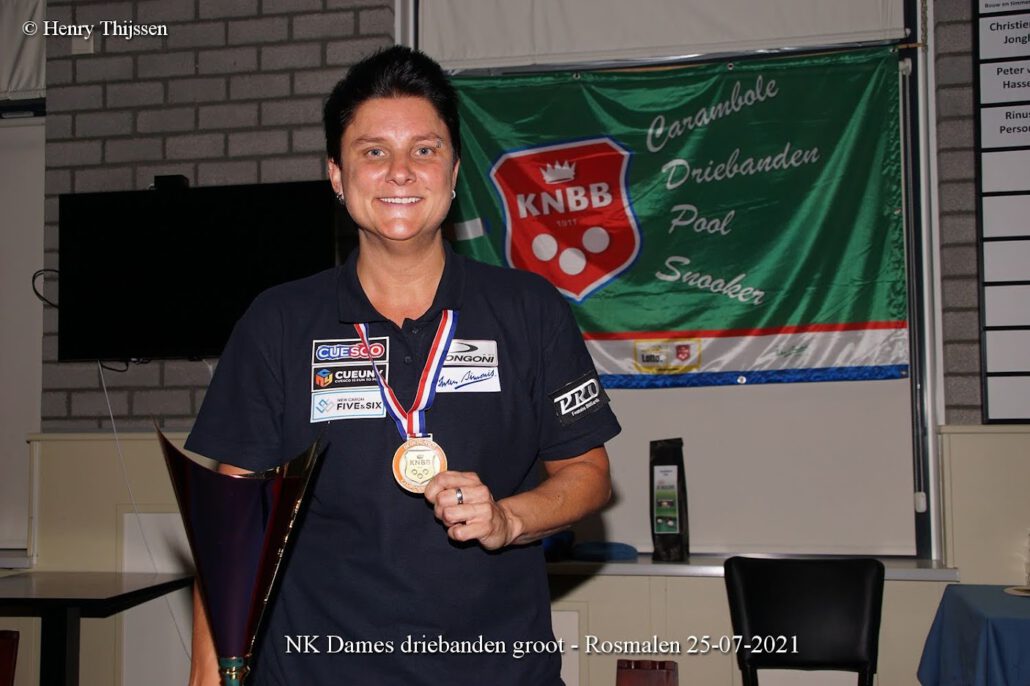 Last weekend the Dutch Women’s Championship three cushion was played in Sportfoyer de Hazelaar. For Therese a weekend where she won the national title for the 14th time in a row. Unbeaten in the group matches, she had to face Joke Martijn in the quarterfinals. Therese Klompenhouwer was devastating and won the match in 30-2 (average of 1.666).

In the semi-final, a match against Mirjam Pruim, it was level for a long time, but Therese eventually pulled it through 30-23 in 35 innings. As in previous years, Therese played against Karina Jetten in the final. With a score of 7-7 in 7 innings it promised to be an exciting match, but after Therese accelerated at the end. Final result 30-11 in 20 innings (average 1,500).
Final result (average, highest run):